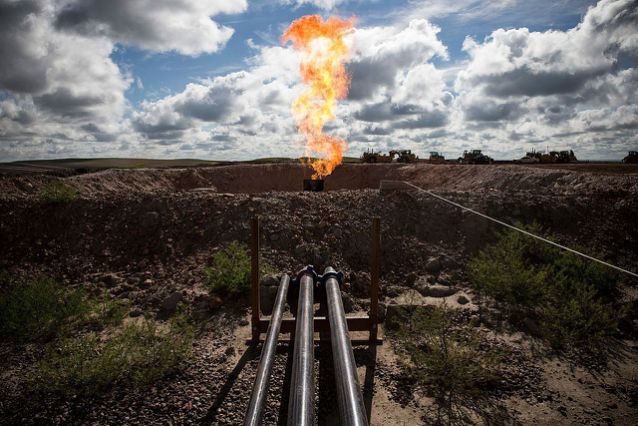 Oil’s spectacular collapse deepened Monday as widening global efforts to fight the spread of the coronavirus looked set to trigger the most severe contraction in annual oil demand in history piling fresh pressure on countries like Nigeria.

Futures tumbled by more than 6% in early European and Asian trading after losing a quarter of their value last week — the largest drop since 2008. Even a massive emergency move by the U.S. Federal Reserve to cushion the world’s biggest economy just added to the fear gripping markets, with New York crude at one point dropping below $30 a barrel. Gasoline prices collapsed in the U.S. The market is being pushed deeper into turmoil by unprecedented simultaneous demand and supply shocks. Forecasts for global oil use are being cut dramatically as government measures to contain the spread of the pandemic restrict the movement of people and throw supply chains into chaos.

At the same time, giant producers are embarking on a destructive price war after the disintegration of the OPEC+ alliance that’s unleashing a flood of supply.

“Glob al financial markets are being rattled by the growing severity of the coronavirus and at the same time spooked by the enormity of the stimulus measures to combat it,” said Vandana Hari, founder of Vanda Insights in Singapore. “If the pandemic continues to worsen across the globe, oil will head lower. If it worsens in the U.S., belt up for an apocalypse.”

Oil traders, executives, hedge fund managers and consultants are revising down their estimates for global oil demand. The growing fear is that consumption, which averaged just over 100 million barrels a day in 2019, may contract by the most ever this year.

That would easily outstrip the loss of almost 1 million barrels a day in 2009 and even surpass the 2.65 million barrels registered in 1980, when the world economy crashed after the second oil crisis.

Travel restrictions across the globe tightened further over the weekend, with the U.S. extending its travel ban to include Britain and Ireland. Australia said anyone entering the country must self-isolate for two weeks, Spain imposed a lockdown and France closed cafes and restaurants.

New York City limited restaurants and bars to takeout and delivery service, and shut nightclubs, movie theaters and concert venues. The U.S. Centers for Disease Control and Prevention recommended postponing any events with more than 50 people for the next eight weeks.